A Homeowner’s Guide To Trimming Hedges And Shrubs

When caring for your yard, as a homeowner, you have to pay attention to more than just making sure the grass stays neat. If you want to ensure that your landscape continues to look its absolute best, keep reading Summit Turf’s guide to trimming hedges and shrubs.

Those shrubs, bushes and hedges in your yard have to be trimmed not only so they will stay looking good, but so they also stay healthy and strong. For many homeowners, the mere thought of giving this vegetation a haircut can be overwhelming. That’s where Summit Turf comes in to help!

The Importance Of Pruning

There are several good reasons to prune the vegetation in the yard. One reason is to give the shrubs, bushes and hedges a ‘shape’ so they are aesthetically appealing. By doing this, homeowners will also be encouraging the vegetation to continue flowering. Pruning may also be necessary if a shrub is blocking a window or is becoming too large whilst blocking the sunlight from reaching other plants that are close by. Additionally, when an older shrub is pruned, it begins a new growth cycle in the plant.

Many horticulturists describe pruning as 50 percent art and 50 percent science. The science aspect involves knowing as much as possible about the plant. The art involves the natural beauty of the vegetation and its response to pruning. In simpler terms, a pruned landscape is a natural and healthy landscape.

When a plant is pruned well, the results are practically invisible. If a homeowner has to remove an excess amount of dead wood from the plant, or the plant has to be pruned on a consistent basis, it may not be the best fit for the climate and/or the landscape.

So, what should homeowners do to make sure they are helping the shrubs, bushes and hedges in their yard and not hurting them by chopping off the limbs? 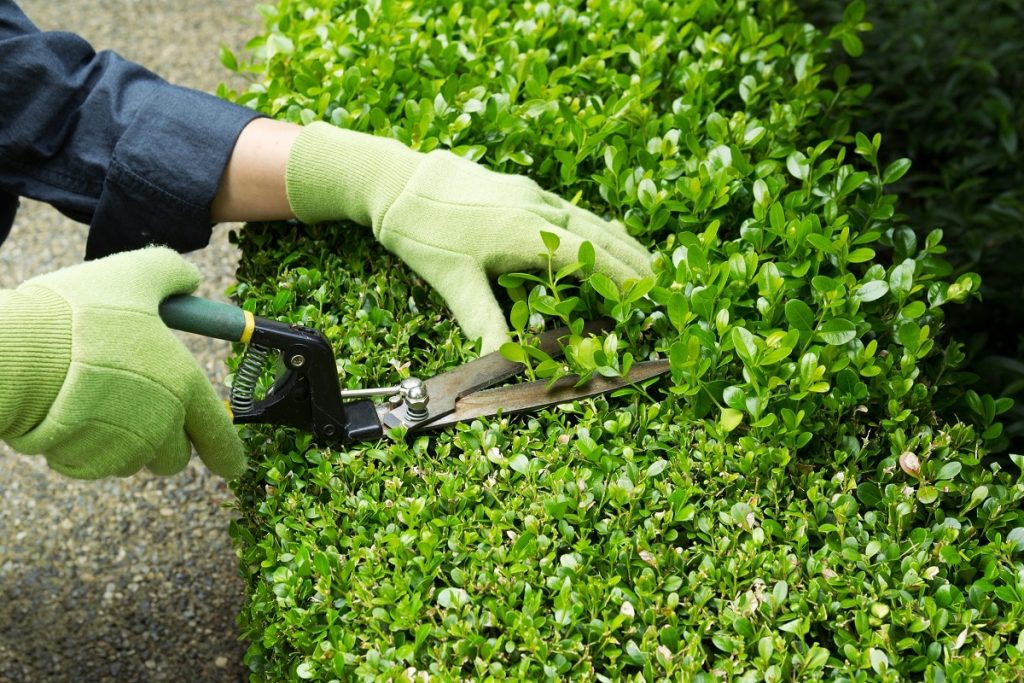 Before You Begin Trimming Hedges

Homeowners should do several things before they decide to start chopping branches or trimming hedges. It is important to know the types of plants that are in the yard. Then, pick up an extension publication on that plant to better understand how to prune and care for it. Devise a plan so the end result will be exactly as it was mapped out to be.

Next, sharpen all of the tools they will use to prune the plants. Some tools to have on hand are:

When using dull hedge trimmers, hand pruners, clippers or shears, it is more likely for the tools to leave jagged cuts on the plant that can make it susceptible to decay and peeling. Clean, sharp tools leave clean and healthy cuts.

By selecting the right tool, the homeowner will be able to make a cut that is clean and that will help keep the vegetation healthy. 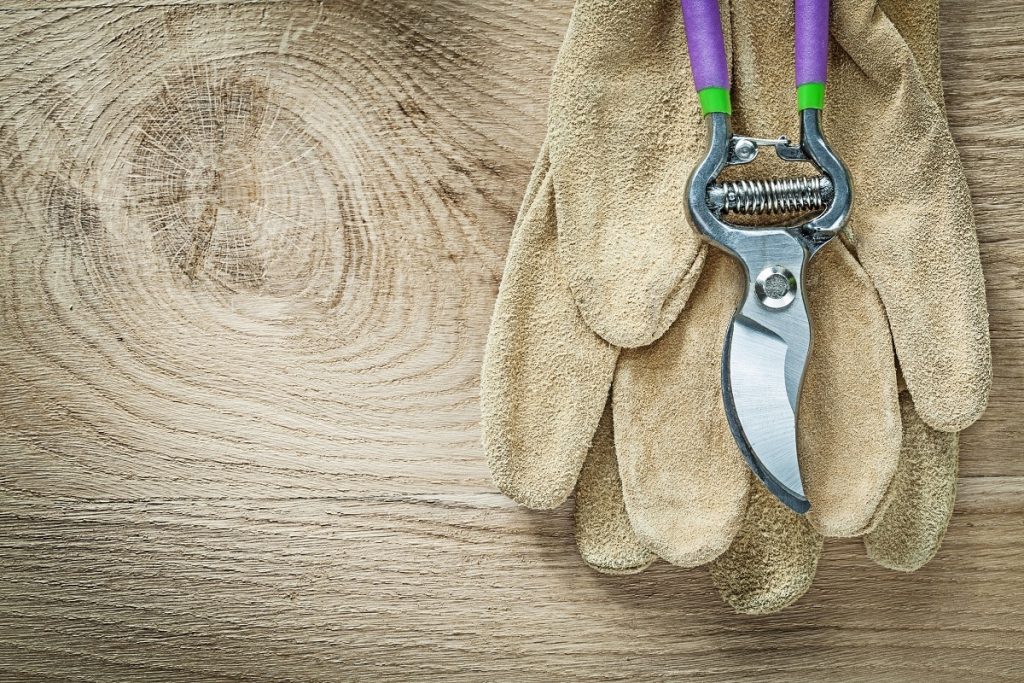 Be aware of power and gas lines that may be under and around the plants. Stay clear of any plants that have a power line touching the limbs and contact the local utility companies for further assistance. Never climb up a tree without the use of a safety rope. Safety ropes should be used even if a ladder is being used. Finally, keep fingers away from sharp edges and blades and use protective eyewear whenever active pruning is taking place.

The Essentials Of Trimming Hedges

For example, crape myrtle, mimosa, gardenia, beautyberry and nandina are all flowering shrubs and trees that can be trimmed before the new growth starts. On the other hand, dogwoods, azaleas, Bradford pear and clematis should only be trimmed once they have completed flowering.

Once all of the pruning has been completed, the debris will need to be cleaned up and taken away. Summit Turf’s tip is to place tarps around the pruning area before trimming hedges begins. The fallen branches, leaves and debris will collect in the tarps. They can then be dragged to the dumping site and discarded. 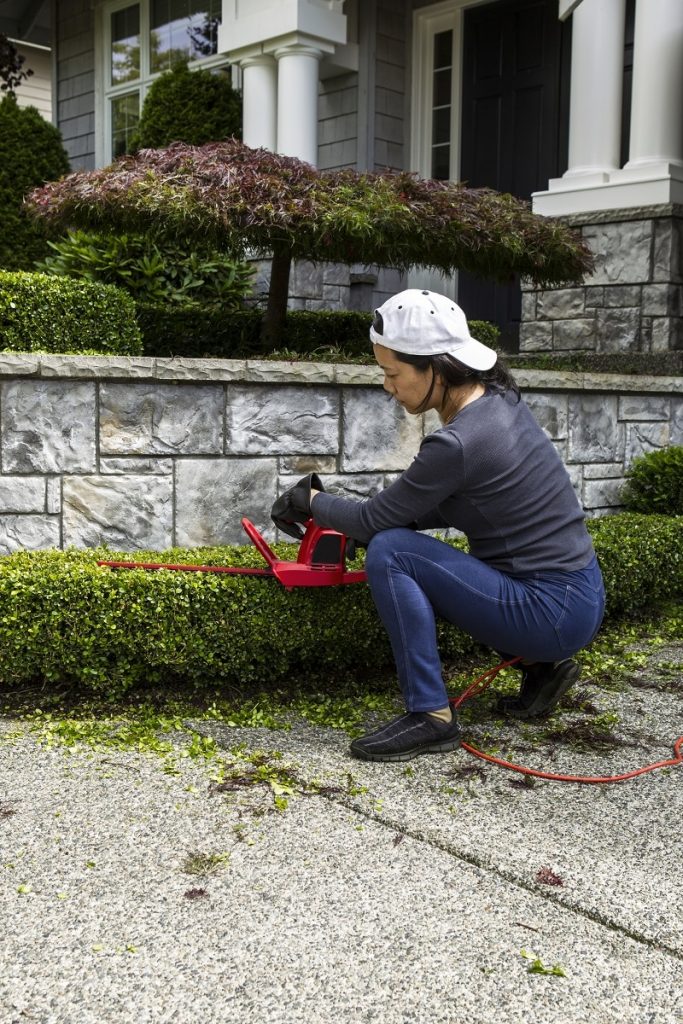 Maintaining a beautiful landscape is more than edging up the driveway and cutting the grass. Keep your landscape looking its best by regularly pruning and trimming hedges, bushes and trees in your yard.

Summit Turf Services are your lawn care experts of Lee’s Summit, here to answer all of your questions concerning trimming hedges, sod installation and more. With the Spring season upon us, start your journey to a healthy lawn with the help of Summit Turf Services. Call us today for a free estimate!