What to Know About Asian Lady Beetles and Ladybugs

We have all been charmed by the petite ladybug with its bright red shell and tiny black dots. But, what you may not know is that there is another garden visitor with a similar set of markings but none of the charm you’ve come to love in the ladybug. Your Lee’s Summit Lawn Care Experts dives into ladybugs and the Asian lady beetle below.

Asian lady beetles may seem cute like their look-alikes, but this is merely a ploy to gain entry into gardens, parks and homes where they can begin their nefarious actions. These well-painted little intruders are like the spies of the insect invasion preparing the way for more trouble to come. But, it is good to know that the disguise they managed to pull is far from perfect.

It is not the easiest thing to distinguish ladybugs from Asian lady beetles, but Summit Turf Services is here to help you see the difference. In the following article, we will cover some of the ways to tell these two insects apart and why this is so important.

The Difference Between Asian Lady Beetles and Ladybugs

Even though these two types of insects look very similar and belong to the same species of the insect family, the similarities end there.

Ladybugs are widely considered to be harmless and even beneficial insects to have about the garden. They don’t bite or congregate in large numbers and will even consume many of the soft-bodied pests that can greatly damage a healthy garden. Most importantly, when it does get cold, ladybugs seek their refuge in the great outdoors.

On the other hand, Asian lady beetles are considered a harmful pest, even known to eat ladybugs. 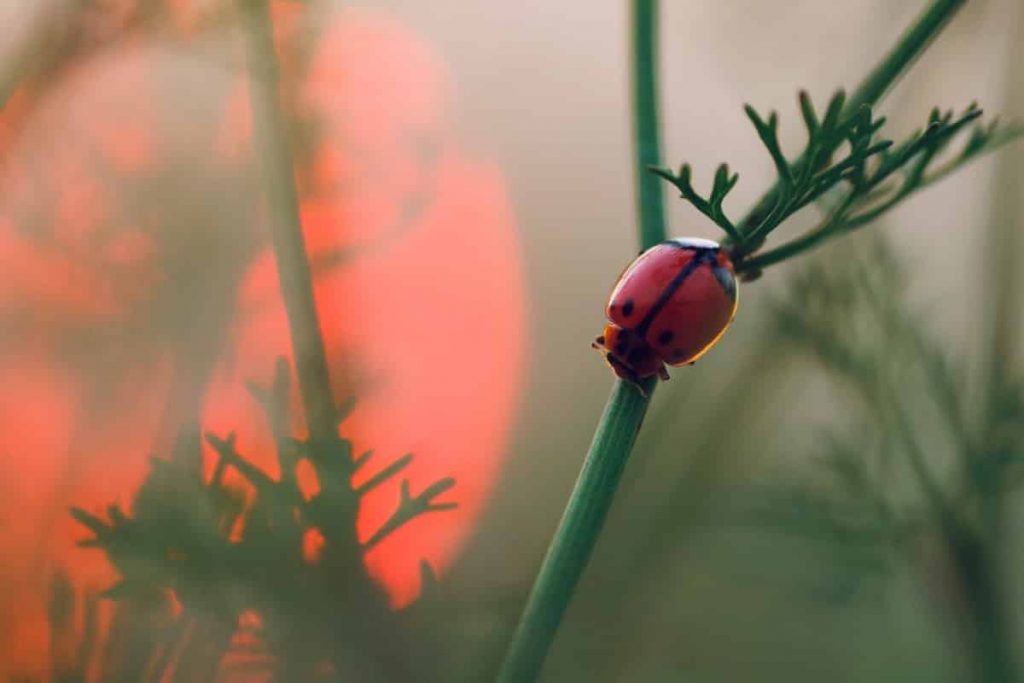 Unlike ladybugs that are comfortable in small groups, Asian Lady Beetles swarm in great numbers especially in a warm corner of your garden, such as the window panes. In the winter, the beetles gather in great numbers in homes to seek shelter from the cold. They leave a foul-smelling yellow liquid that wards off predators but is awful to have in your home. Furthermore, unlike ladybugs, Asian lady beetles bite and bite hard.

If you are cool with ladybugs and don’t mind having them around, make sure you can tell the differences between these two similar types of bugs. The Asian lady beetle could be considered the evil twin of the ladybug, and you need to know which is in your gardens. Knowing the difference between the two insects can improve your gardens’ conditions and your living environment.

How to Tell Ladybugs from Asian Lady Beetles

Here are some of the most notable differences between the beneficial ladybug and the harmful Asian lady beetle.

From a quick observation, you may think that there is hardly any difference between the two. But, after a closer inspection, you will find some very important differences in their appearance.

The first thing to notice will be the size. A garden variety ladybug is a bit smaller than the Asian Lady beetle.

The ladybug is typically a bright red color with dark black spots. The Asian lady beetle can also be red, but the beetle varies from orange to many other hues in between. Asian lady beetles may not always have black dots on their wing casings.

The ladybug is a dainty round-shaped fellow while the Asian lady beetle is a bit longer.

By far the easiest way to differentiate between the two insects is by examining the markings on the head. The Asian lady beetle has a distinctive white “m” at the base of the head where it meets the thorax and wing casings. The markings can be thick or thin but are very easy to tell apart from the somewhat more conservative white markings of the ladybug. Ladybugs tend to have two small circles on either side of the head and look almost like two cheeks.

Additionally, Asian lady beetles have longer snouts than the ladybug. 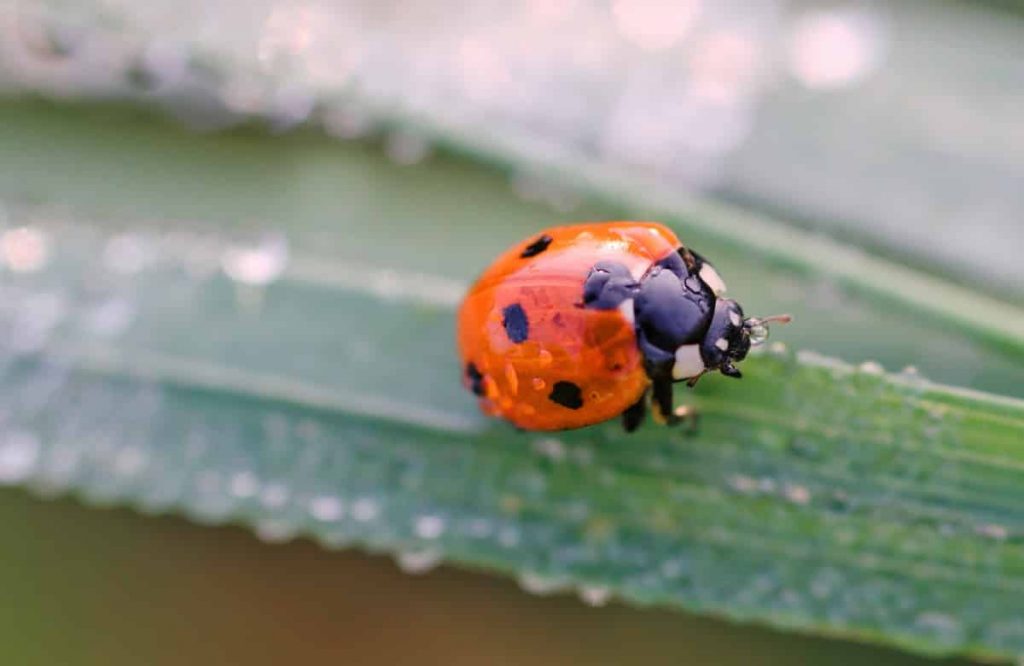 The next way to tell the masquerading invaders from their innocuous cousins is by their habits and behavior including how they spend their winters and different habits each has.

The first difference will be noticeable during the winter. Ladybugs will find a cozy place outdoors to make their winter homes, while Asian lady beetles will get quite cozy indoors during the colder seasons. You can look for them along with the siding, in the attics, and around door frames.

Another common habit of the Asian lady beetle that is not shared with the ladybug is called reflex bleeding. When these little beetles get threatened they will excrete a foul-smelling liquid from their leg joints. This is not a dangerous or poisonous liquid but is especially foul-smelling. It is even worse when the lady beetles gather in great numbers and make many simultaneous secretions.

What You Can Do About Asian Lady Beetles

Asian lady beetles are highly attracted to bright colors and warm spaces. This means you will be able to find them huddled together on white walls, bright siding, and even the reflective surfaces of your windows and window frames. They are not always intentionally trying to enter the house and usually just wander in after hanging out near an open window for a while. You can avoid their entry by keeping the cracks and seals inspected and fully closed off.

If you were to find any beetles in your house, take the time to address the situation properly. Instinctively, you will want to squash them. However, squashing the beetles will eject foul-smelling yellow liquid all around the surface. Instead, break out the vacuum cleaner and begin to sweep them into the inner bag to be disposed of later. You can then clean up the mess they leave behind with a solution of soapy water. Asian lady beetles are not an especially destructive intruder, but they can be a nuisance.

It is important to learn the differences between these two similar insects so you aren’t harming any helpful bugs. If you want to make sure you are targeting the right one, you can also call in the professionals in insect identification. A reliable insect removal service will know exactly how to identify these imposters and deliver an effective solution. Protect your lawn from Asian lady beetles, and make your yard a priority with the help of Summit Turf Services.